We went on a fucking adventure. I made them climb vertical rock-faces, scale steep hills and plow through thick, brambly brush. We were cut-up, beat-down and torn-to-pieces. I made my way, and eventually we, to the top of a iron-rich soil-topped hill, where chunks of gleaming, multicolored quartz was popping out of the ground everywhere you looked.  Some of the best pieces I have EVER recovered here in San Diego. EVER. I’ve been out to the Painted Gorge in the Coyote Mountains, and up to In-Ko-Pah Park, and never found anything this nice. Seriously. Splendid Ametrines, Rose Quartz, Citrine, Blue Chalcedony, Red Jasper, Black Agate and Pale white Feldspar.  We have them loaded for tumbling. Just waiting on the grits to come in.

So, here is a diagram of where we trecked, starting in the south, up the carrizo gorge train tracks, then off into the riverbed from there. Then up a hair-raising sheer rock face, and over a giant granite pluton, to the top of the iron-rich soil exposed at the top of the hill. We worked our way back down to the east/south and crossed the riverbed where it was broader. I tripped in the wash on the way back to the truck and fall down go boom. 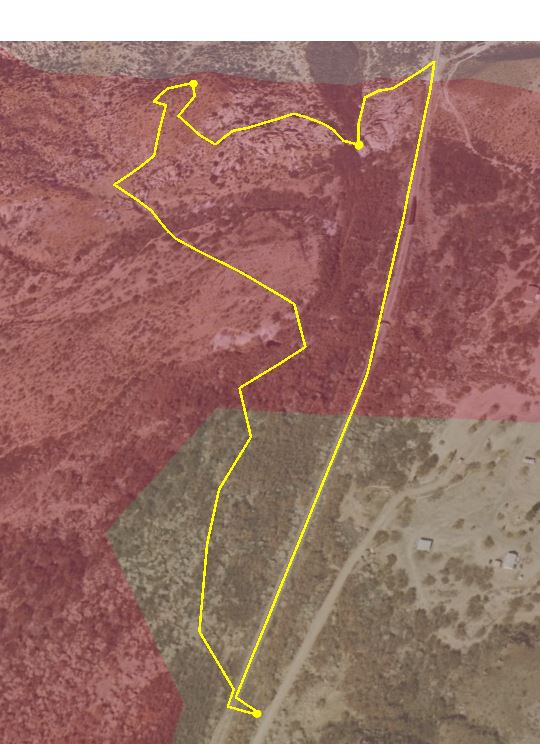 The RED geologic unit on the map was supposed to be pre-Cenozoic granitic and metamorphic rocks, surrounded by the PINK area: Mesozoic granitic rocks. Nearby volcanic activity in the Round and Table Mountain volcanic areas lead me to believe that mineral Pegmatites might be found mixed in with the granite in the RED area. So, although we did not locate a pocket, we still found a seam of quartz coming out of the top of the hill. There may be a much richer deposit somewhere underground, but my geologic knowledge only goes so far.

All in all, it’s the BEST SCORE we’ve ever had here in San Diego. Comparable to our Mojave Desert trip we did a few months back.

All in all, it was neat to be standing in a place where few of no people have ever gone gem collecting. It was fantastic pickings, and all on BLM land. With the exception of a wierd little gated motor-home community, this place is about as remote as you can get. 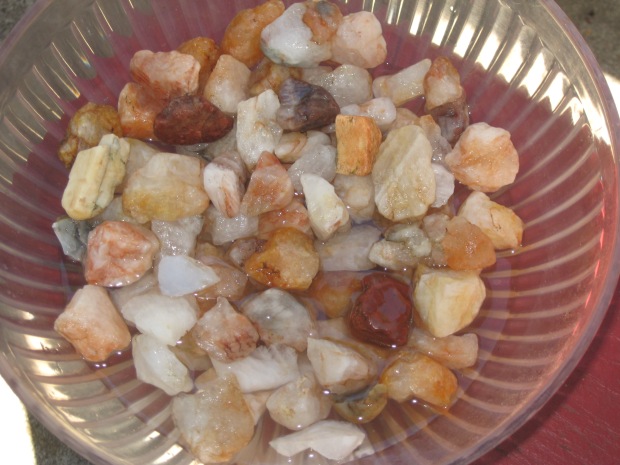